Everdance RSF is a gorgeous long-legged black bay (currently sun-bleached) beauty with the best temperament that you could ask for. Born in May of 2016, Everdance is a very tall two-year-old and should mature to 16.3 to 17 hands. He is quite easy to handle including trailering, brushing, leading, farrier, shots and worming. He has the temperament for an amateur to bring along.

Dancer’s sire, Everdale, is by Lord Leatherdale, a stallion in Holland that offers some of the best of German breeding in his pedigree. Everdale won the 2013 PAVO Cup and Everdale’s sire, Lord Leatherdale, presented three offspring that finished in the Top 10 at the 2011 PAVO Cup Finals and his approved son, Chippendale, was the winner of the KWPN Stallion Show in early 2012.Everdale’s damline is exceptionally strong. His dam, Aliska K, is an Elite Mare by Negro. Negro had a very successful FEI career and has numerous offspring competing internationally in the past few years.

Dancer’s dam, Eavesdrop, is an athletic high quality thoroughbred mare approved for the GOV main mare book. Eavesdrop is by Vindication and is Breeders’ Cup nominated. Vindication was an American Thoroughbred Champion racehorse sired by Triple Crown Champion, Seattle Slew. Vindication’s dam sire was Strawberry Road, the international star who raced in Australia, Germany, France, Japan, and the United States, and was voted the 1983 Australian Champion Racehorse of the Year and 1984 Champion Older Horse in Germany. Eavesdrop’s pedigree is full of champions including Bold Ruler, Mr. Prospector and Native Dancer. 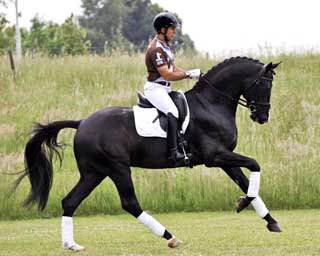 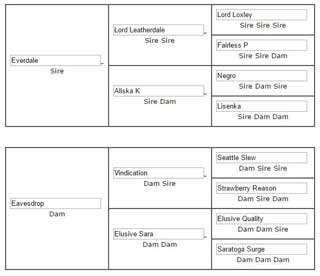 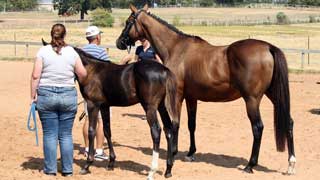 Everdance’s dam is Eavesdrop, a Thoroughbred mare with an outstanding pedigree. 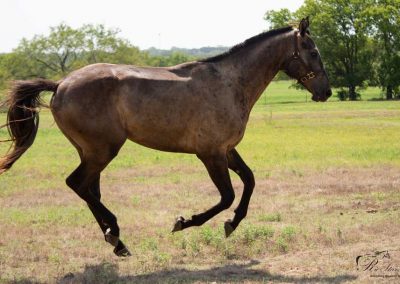 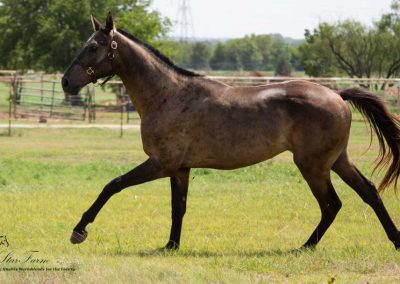 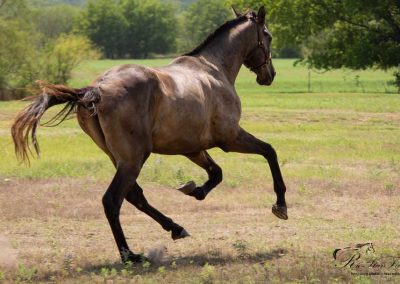 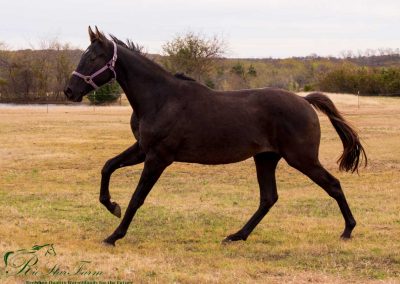 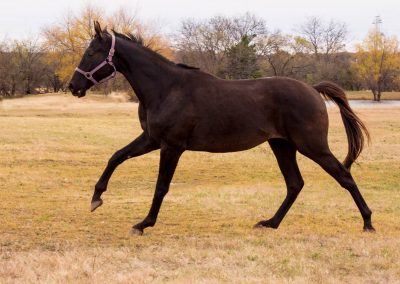