Born March 3rd, Sahara was our first foal of the year and is a gorgeous bay filly with the sweetest disposition. Sahara is an exceptionally well put together filly and will be quite tall with a big hip, correct legs, feminine head, and an excellent head neck shoulder connection. She is GOV approved and moves with power that would be perfect for hunters or a future eventing star. Sebastian Rhode, the GOV inspector at our approvals noted that she would make a very good 3 day eventing prospect. She chooses to jump objects as opposed to going around them and at just over 7 months old, she is showing very good movement that is desired for the hunter ring or eventing. Her temperament is an A+. She is very uphill, powerful, and loves to jump.

Her Sire, Sagnol, is a beautiful modern stallion with three super gaits. He is a wonderful addition to the NA stallion base and an exciting cross for a wide variety of mares. His first foal crop was born in Germany in 2005 and has been very well received. Sagnol’s first North American born foals arrived in 2007 and resulted in many premium foals. Sagnol has continued to consistently sire Premium offspring having his first son, Sandro’s Star, licensed in 2012. Sagnol’s foals are also proving to be in demand by FEI riders looking for sport horses. Sagnol is siring elegant foals with beautiful heads, necks, correct conformation, elastic movement, and very good temperaments. Sagnol’s oldest offspring have now been started under saddle and are proving to be very rideable and willing partners, in addition to, their athletic ability and movement. Sagnol is a sire for the future.

Her Dam, Saratoga Ronnie, is a thoroughbred mare with a powerful build. Her bloodlines are highly desired for Thoroughbred racing. This is her second foal. 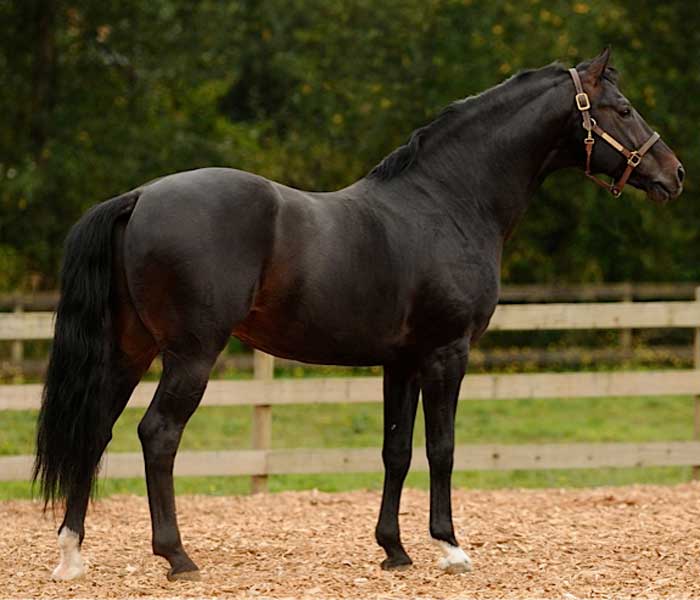 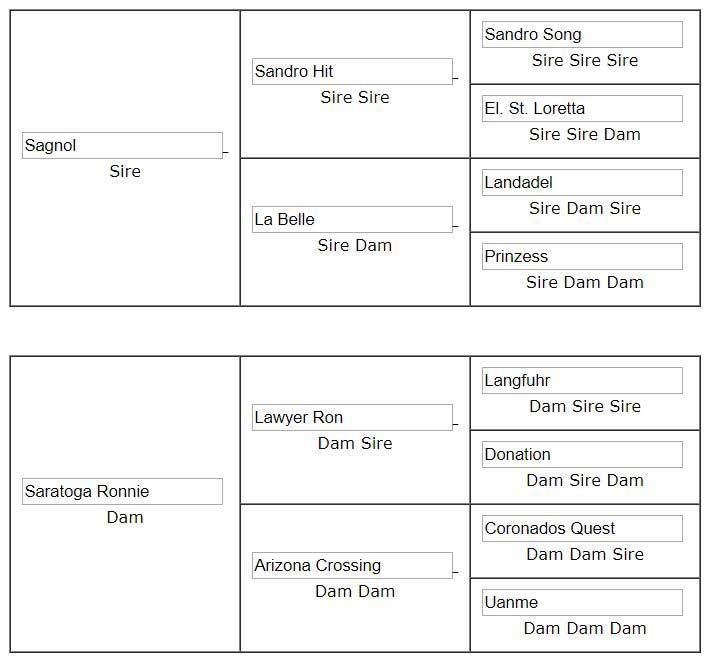 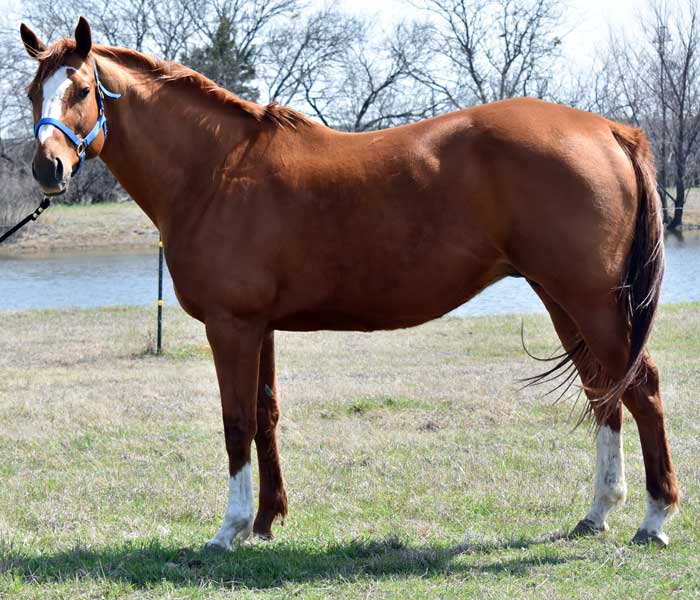