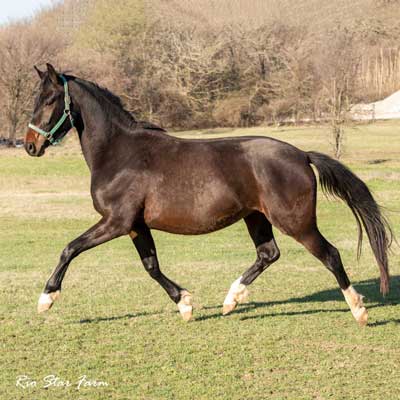 Born May 18th, 2017, Calleigh is an athletic mare with stunning movement and was premium at her GOV inspection.

Claire is our talented and athletic 2014 mare who scored a 7.5 on her German Oldenburg Verband (GOV) mare test in 2017. She has a superb canter and her three offspring have inherited this movement. She was a premium foal as a filly and is in the main mare book for the GOV. The combination of Claire’s sire Diamond Stud with the influence of Fürstenreich from her dams side has created super movement, athleticism, and trainability for the potential to excel in dressage or eventing.

His sire, Qredit at just 12 years old, has already been Grand Champion of Dressage at Devon, Champion of his 70-Day Stallion Test (earning ten scores of 9 or higher), Reserve Champion of the USEF Four-Year Old National Championships, and twice has been a USDF Horse of the Year winner. In 2017, Qredit placed 6th at the USEF Developing Grand Prix Championships and won the US Dressage Finals at Intermediate II.

Qredit’s sire, Quaterback, was winner of the Bundeschampionat, his 30-Day Test, and is now competing at FEI levels. Qredit’s dam is a Premium Oldenburg mare that is by the Grand Prix stallion Dream of Glory. From the legendary Donnerhall-Pik Bube combination, Dream of Glory sired licensed stallions, Bundeschampionat winners, high-priced auction offspring, and many Advanced Level dressage competitors. 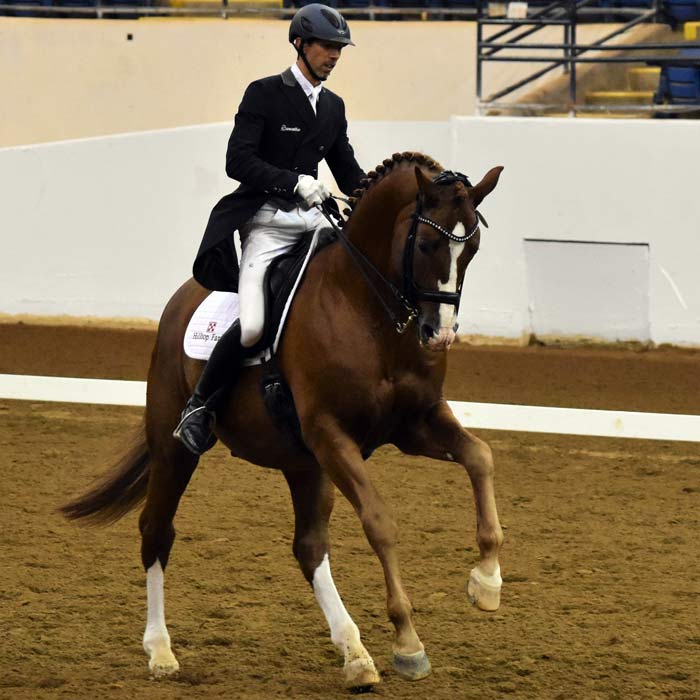 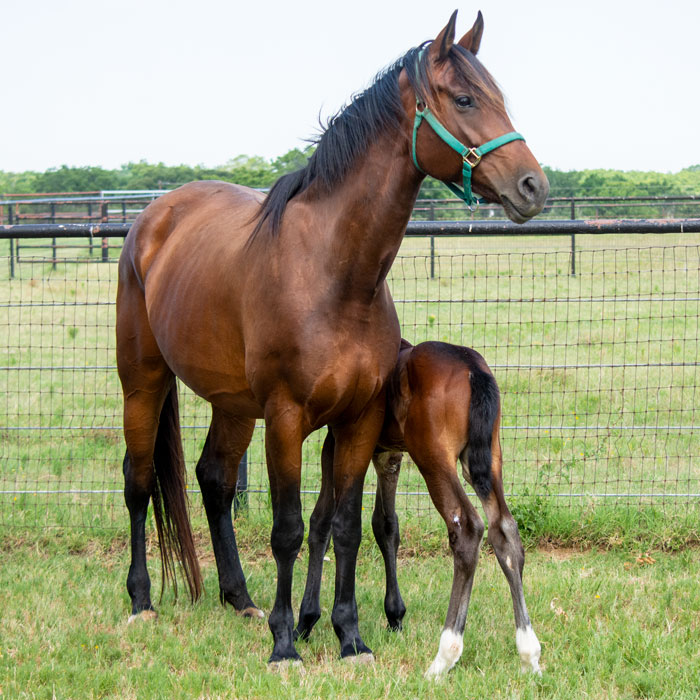 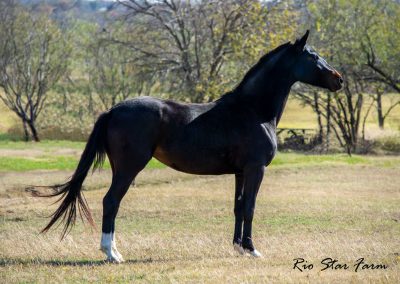 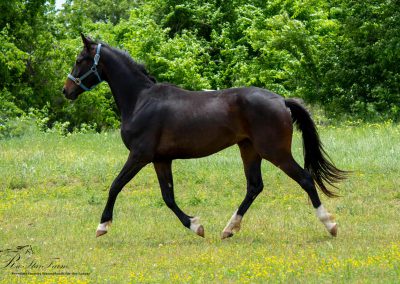 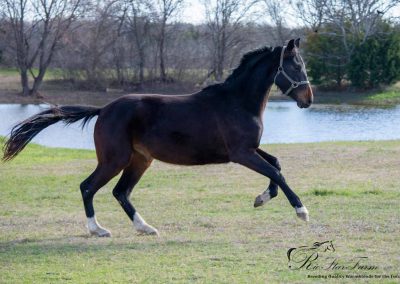 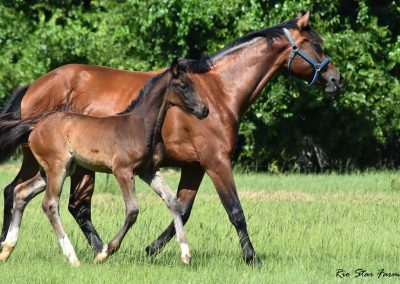 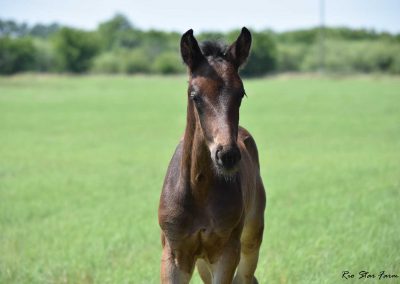