Born March 30th, Jordana has been a spitfire from day one. She is extremely athletic with a gorgeous canter and perfect conformation. She is curious and loves her people. She always comes to say hello. Jordana has long legs and will be a tall dark bay beauty when she grows up. Jordana is one of the few 2018 Donkey Boy foals born in the U.S.A.

Her sire, Hesselhøj Donkey Boy, is a premium stallion in Denmark  and winner of the 2015 performance test. This top modern stallion possesses everything; beauty, style and extremely supple movements in all three gaits. At the Danish Warmblood 10-day-test and performance test, he won convincingly with 900 points for his gaits and a total score of 889.5 points. His unique victories continued in 2017, he won overwhelming in his first start at L-level with 82.58%. At the 5-year Championship, he won the qualifier with the score of 97.2 points and continued the success in the finals with 99.6 points ,where he was awarded 9.8 for trot,10 for walk, 10 for canter, 10 for rideability and 10 for capacity. At the World Championships for young Horses in Ermelo, he was rewarded with 9.64 points in the qualifier and came in second. He won Bronze in the finals with the score 9.1. His sire, Era Dancing Hit was appointed champion stallion. The dam line of Hesselhøj Donkey Boy consists of some of the best in Danish breeding with five elite broodmares in a row, where the dam, Søbakkehus Kamilja, is an advanced level dressage horse. The grand sire, Milan, was also appointed champion stallion.This fantastic dam line originates from the Hanoverian mare Amuratha, born in 1926 and later exported to Sweden, where she was the founding mare of the Swedish dam line 36. Through this dam line, Hesselhøj Donkey Boy also includes the famous, Swedish Gaspari blood, as well as the well-known Drumhead xx blood.

Her dam, Jeselle, is a premium GOV mare by Wolkentanz II out of our mare Grace, whose sire is Freestyle. This excellent combination of North American stallions has produced a powerful combination of movement and athleticism. Jeselle RSF is the third generation of our breeding program out of Grace. Jeselle scored a 8.0 for her OHBS/GOV mare inspection in 2017.  She is one of our finest mares and we are very happy with her first foal by Hesselhoj Donkey Boy. 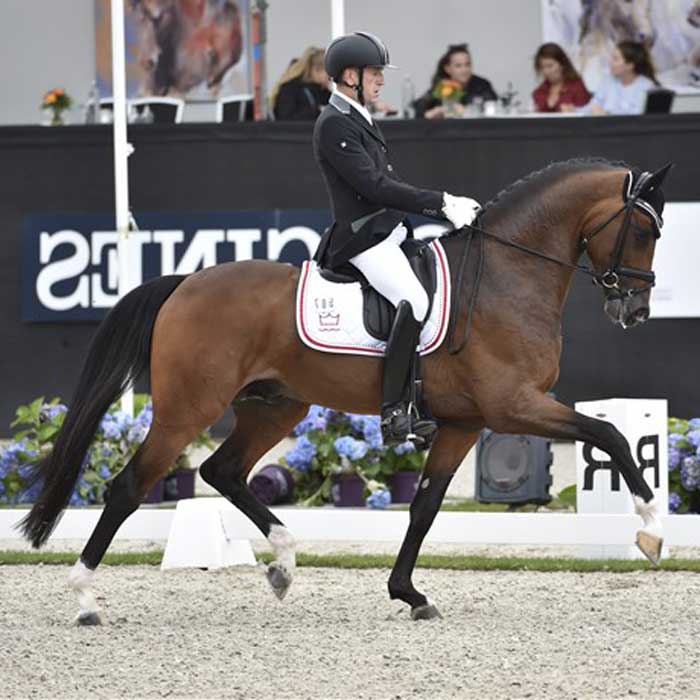 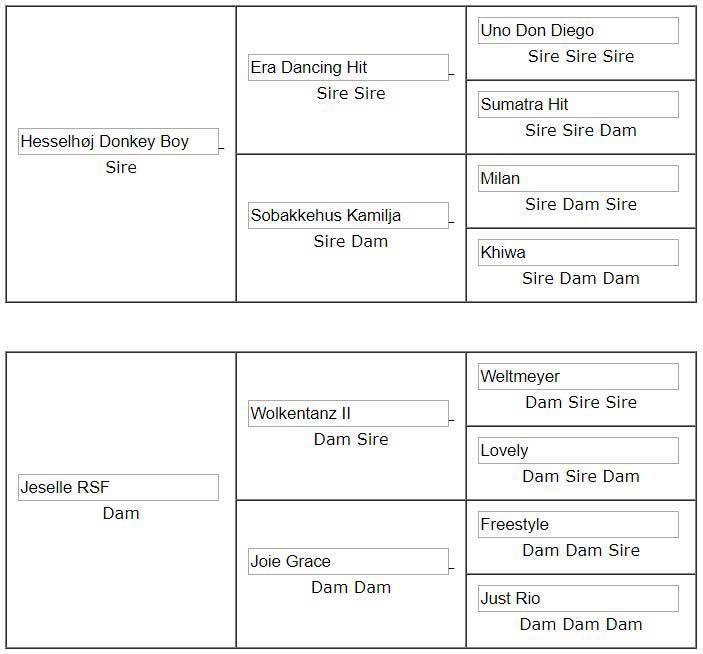 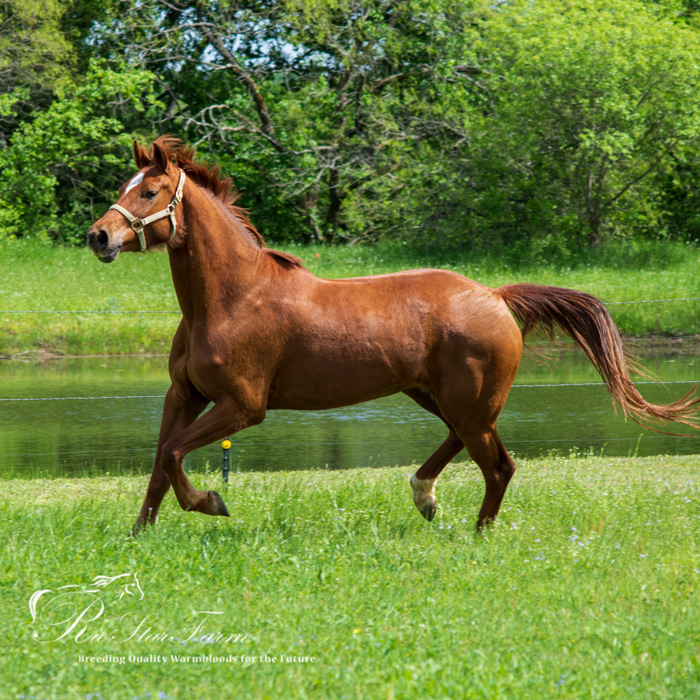