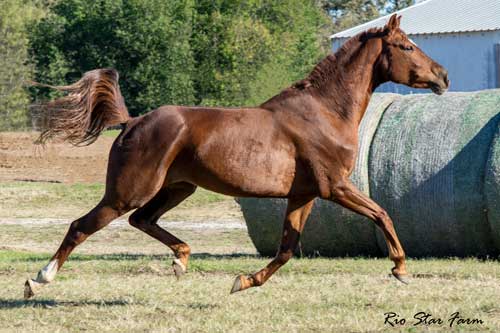 Jeselle RSF is our 2014 GOV mare who received premium status at her GOV mare inspection. Jeselle is an athletic mare with a gorgeous trot and canter. She will make an excellent dressage prospect and she should mature to 16.2 hands. Jeselle has a 2018 filly by Hesselhøj Donkey Boy and two brilliant colts by Gaudi. Her super pedigree has made her one of our best mares.

Grace is a talented and athletic mare who excels at dressage and eventing. She has a superb canter and her offspring have so far inherited this movement. She was a premium foal and is in the main mare book for the German Oldenburg Verband. Her sire is Freestyle, by Florestan, while her dam, Just Rio, is by the talented Holsteiner stallion Cicero, by Cor de la Bryere. This combination has created super movement, athleticism, and trainability for the potential to excel in dressage or eventing.

Wolkentanz II is considered one of the best sons of Weltmeyer with very high breed values in Germany. He was ranked #2 of all Sires with 172 points for producing type and riding horse qualities & ranked # 14 of all Sires for Dressage with 145 points according to the 2007 Hannoveraner Jahrbuch Hengste. He adds type, excellent gaits, temperament & rideability to his offspring and is producing some truly outstanding competition horses showing & winning in Europe & North America.

He was licensed at the 1997 Oldenburg Stallion Licensing in Oldenburg in 1997 and one month later at the Hanoverian licensing in Verden. He was the reserve champion of the 100-day Stallion Performance Test in Medingen in 1999 with a winning score of 143.94 for dressage and 85.37 points for show jumping. He totalled 133.56 points to finish second overall.

Wolkentanz II finished fourth at the 1998 Bundeschampionate as a 3-year old and was competed at the 2000 World Young Horse Championships in Arnheim, The Netherlands, as a 5-year old. Wolkentanz II finished fifth at the 2001 Bundeschampionate in the 6-year old division. The chestnut stallion was shown up to Intermediaire I level and did his last competition in Einen, Germany, in September 2007.

Wolkentanz II produced 301 registered sport horses in Germany of which 22 are successful at S-level. He has 11 licensed offspring in Germany and sired 214 brood mares of which 38 are State Premium. 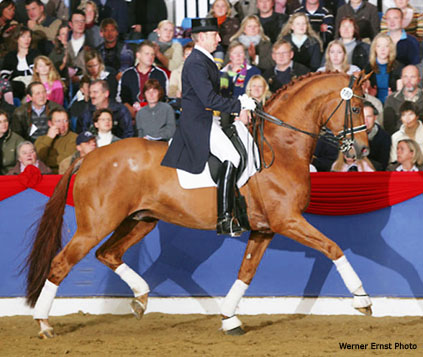 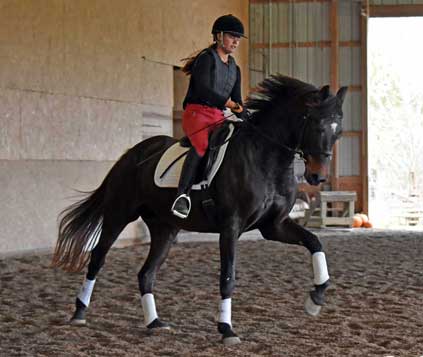 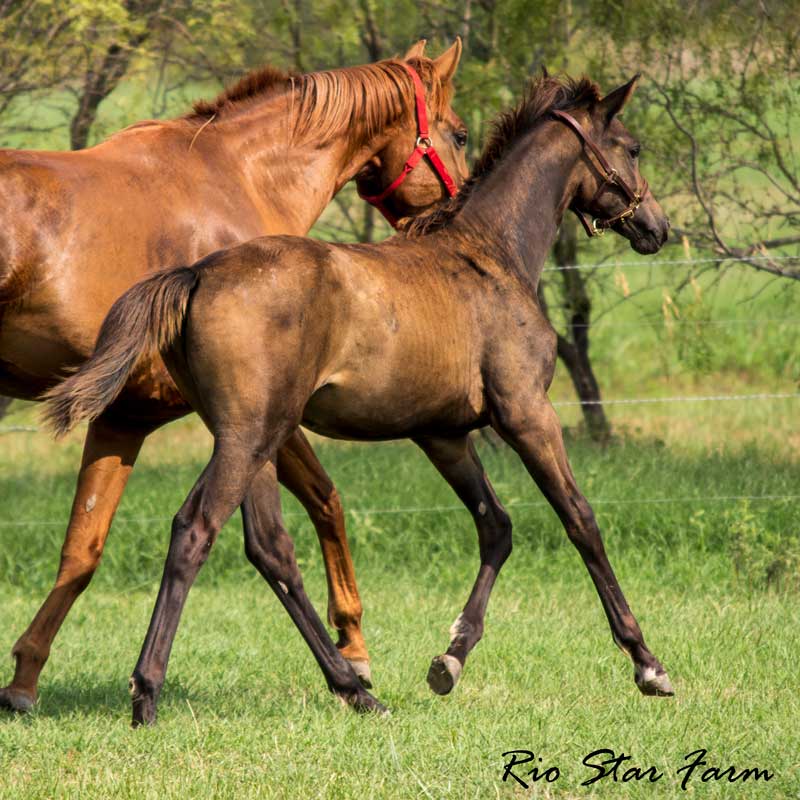 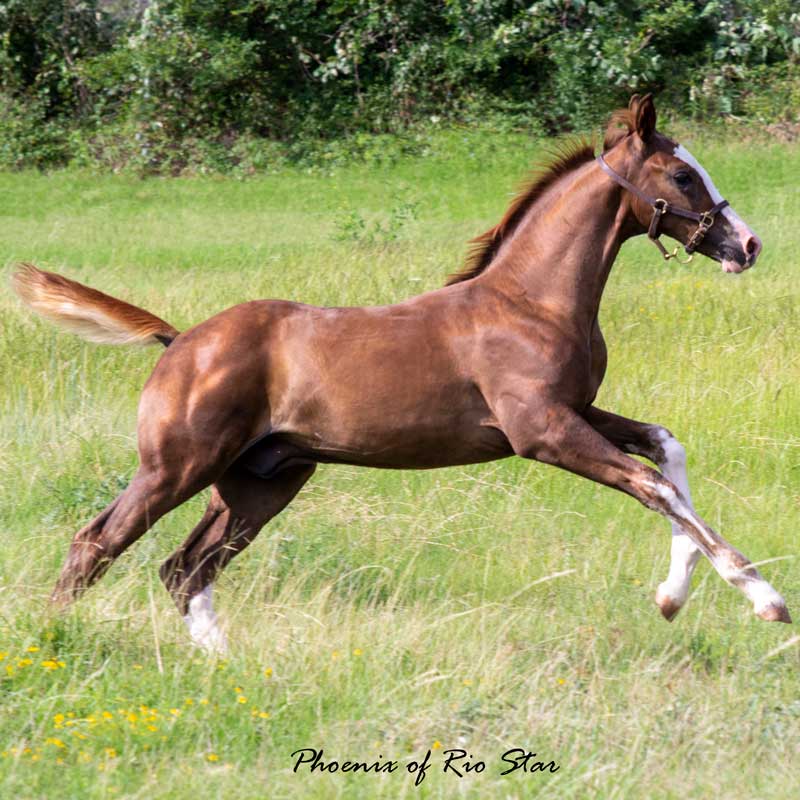 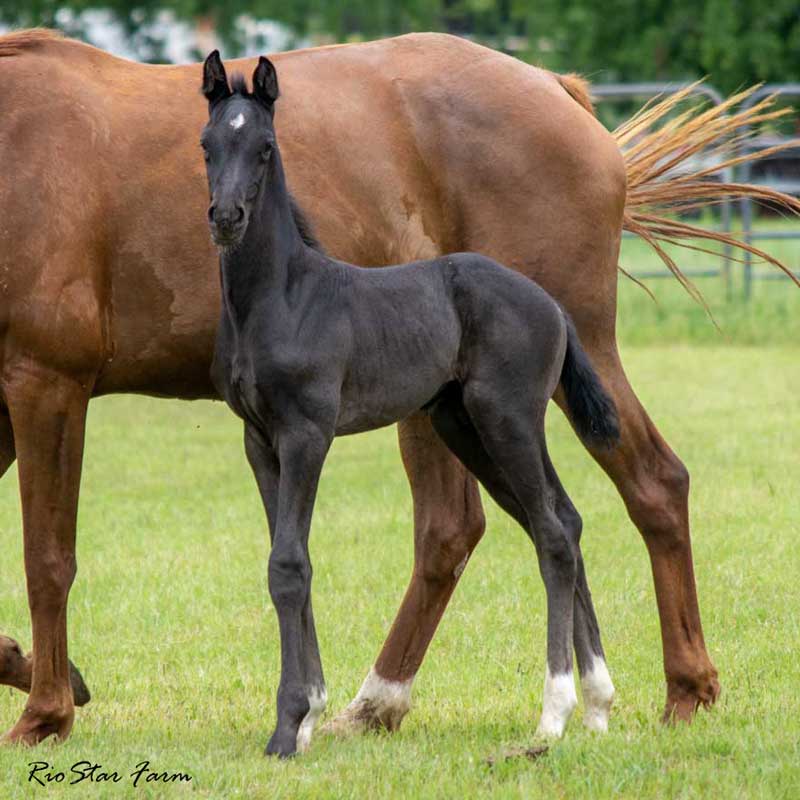 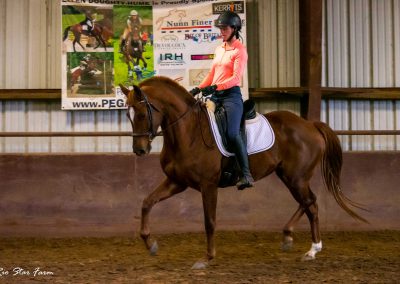 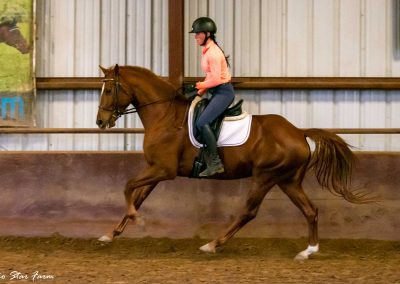 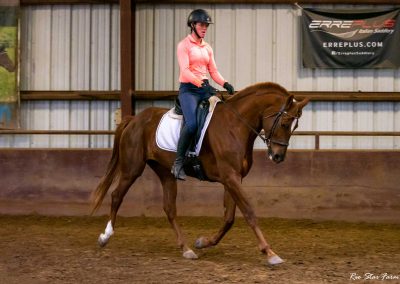 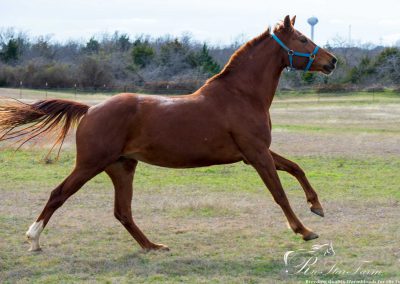