Joie Grace is a talented and athletic mare who excels at dressage and eventing. She has a superb canter and her three offspring have so far inherited this movement. She was a premium foal and is in the main mare book for the German Oldenburg Verband. Her sire is Freestyle, by Florestan, while her dam, Just Rio, is by the talented Holsteiner stallion Cicero, by Cor de la Bryere. This combination has created super movement, athleticism, and trainability for the potential to excel in dressage or eventing.

Freestyle was born in 1996 and is a beautiful 17hh stallion with an athletic body, very well applied hindquarters and a super character. In 1998 at the Westfalenstallion Licensing, Freestyle was named a PREMIUM stallion.At the 100 day Performance test at Prussendorf he was awarded a perfect 10 for character and a 9 for temperament. In dressage he proved to rank amongst the best of his year and received a 9.33 for ridebility. His total score was 132.55 points. A truly versatile stallion Freestyle obtained a 7th place finish in jumping with an 8 for jumping ability. Freestyle was the overall winner of his performance test. Freestyle is a class 1 stallion based on his results in his stallion performance test.

Grace’s dam, Just Rio, is a registered Holsteiner mare approved with Oldenburg NA and the Oldenburg Horse Breeders Society. Purchased as a foal by Rio Star Farm, Rio has produced an overwhelming number of premium foals in her lifetime including her last four foals by different stallions going premium.  Two of her previous foals were named reserve champions of their inspections and One of Rio’s offspring was also named as the fourth highest inspected mare of Canada for the Oldenburg NA. Rio’s sire is the highly accomplished Holsteiner stallion Cicero, famous for producing sporthorses.  Cicero has produced athletes competing successfully in all disciplines. Cicero’s pedigree includes legends of the Holsteiner breed including Cor de la Bryere. 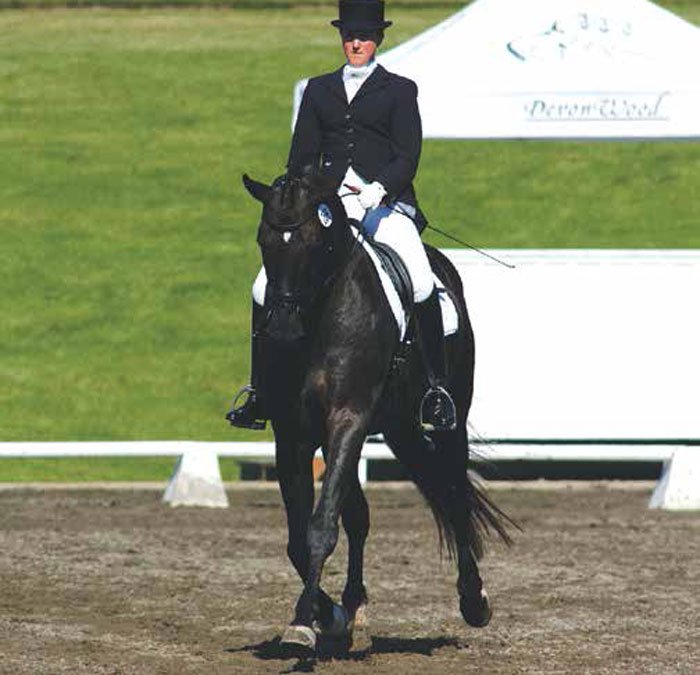 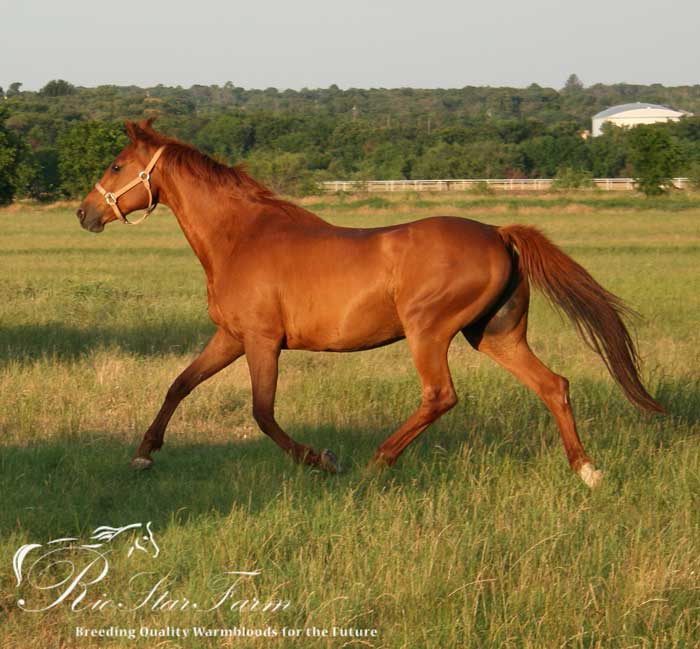 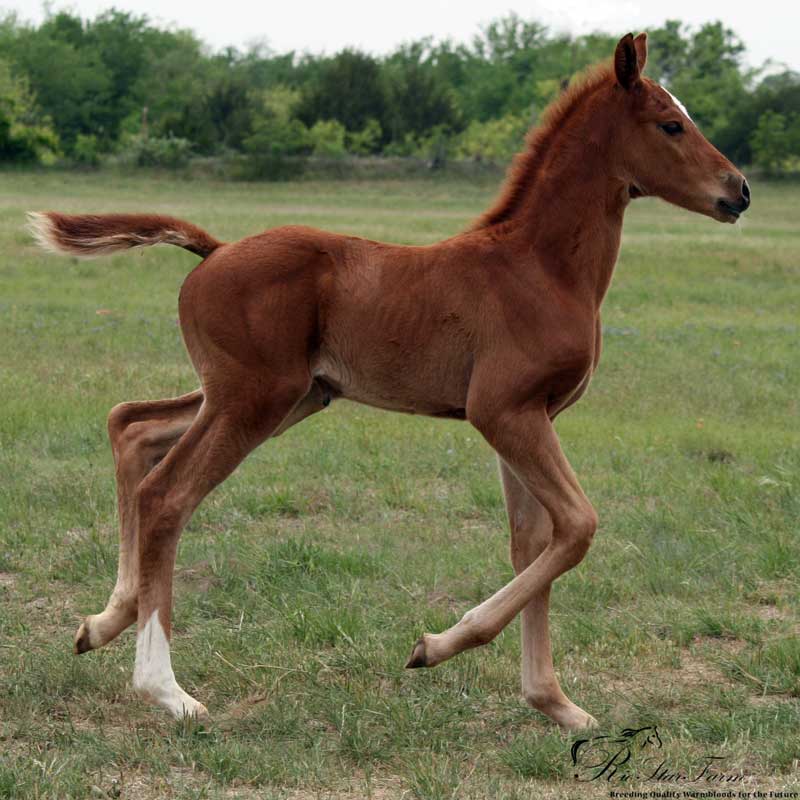 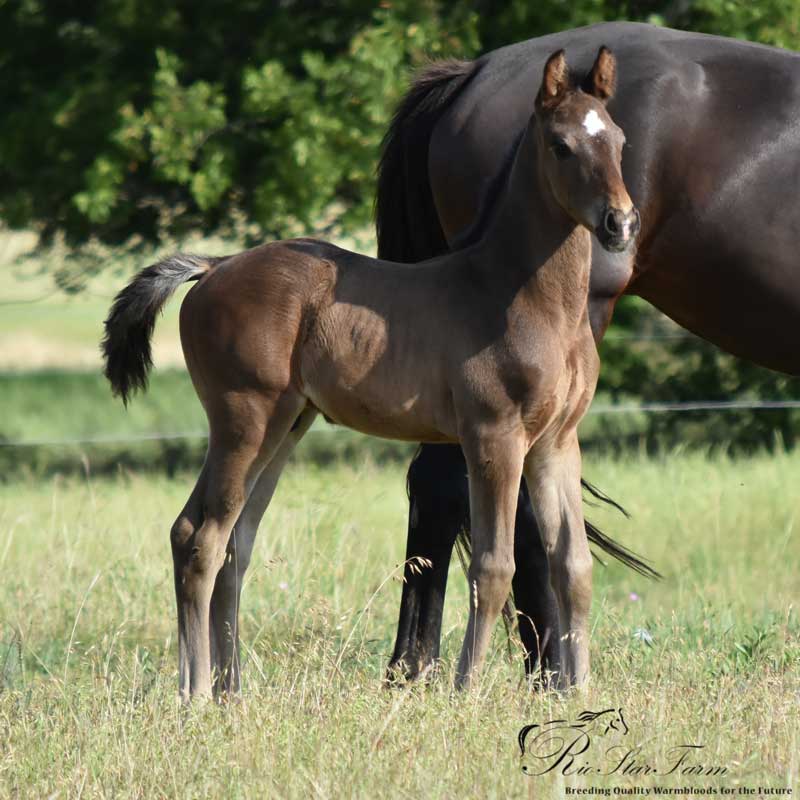 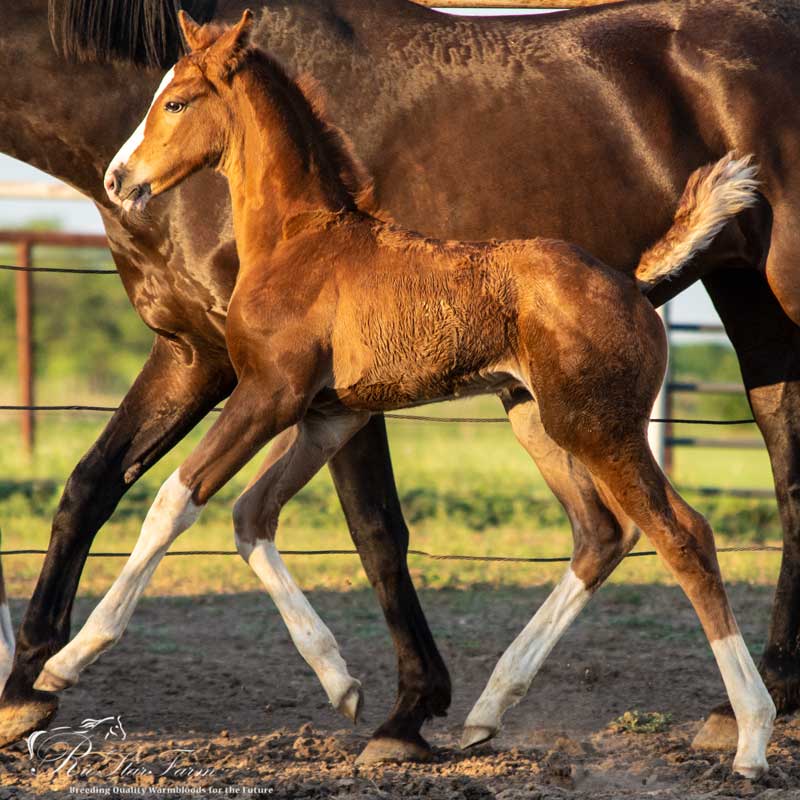 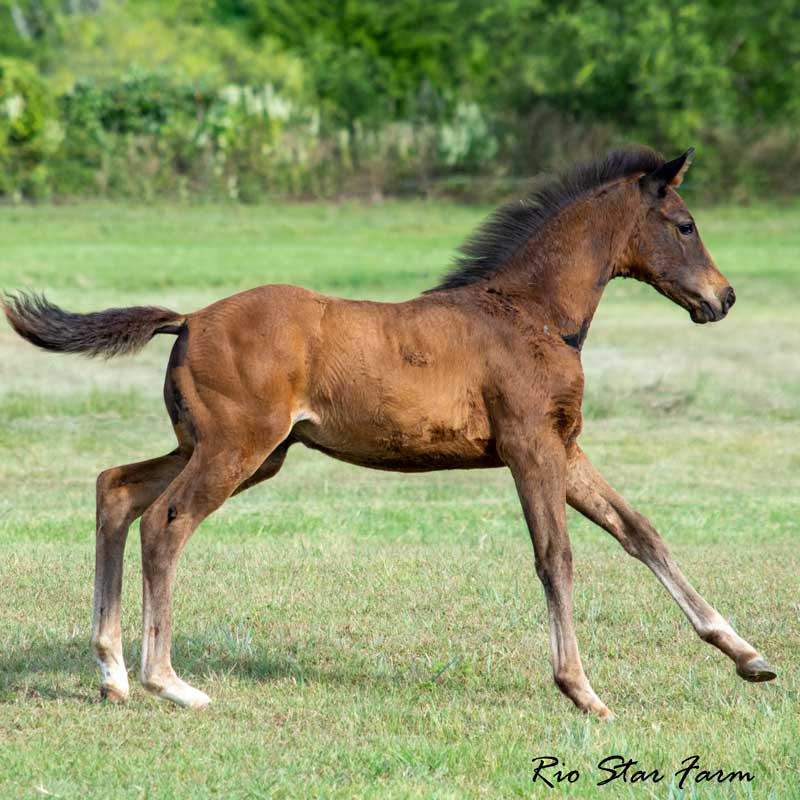 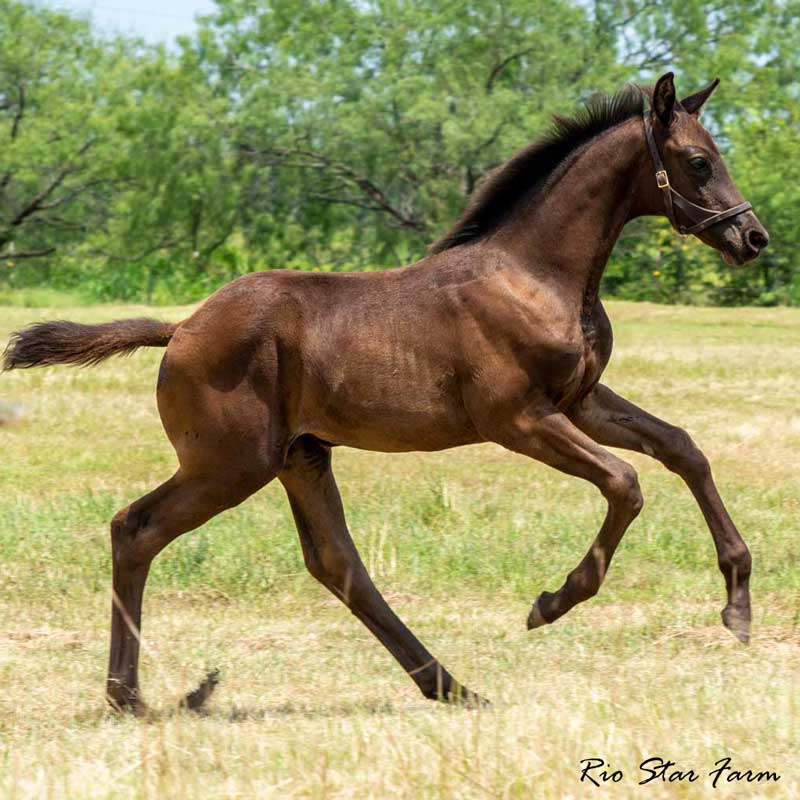 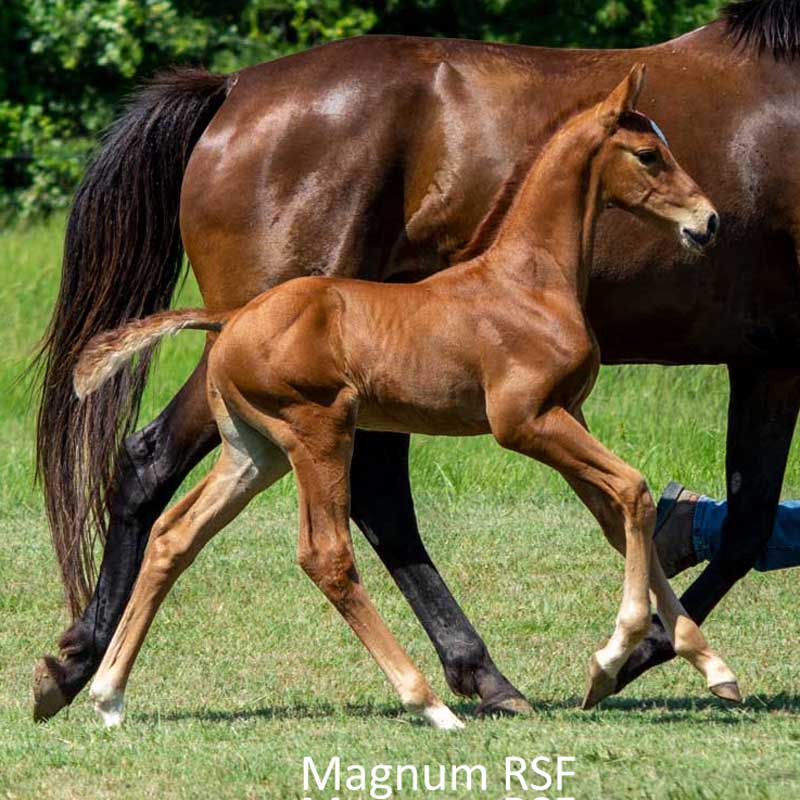 Photos of Joie Grace aka Grace 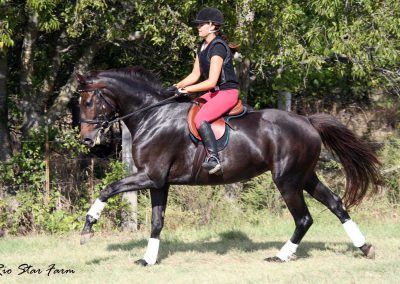 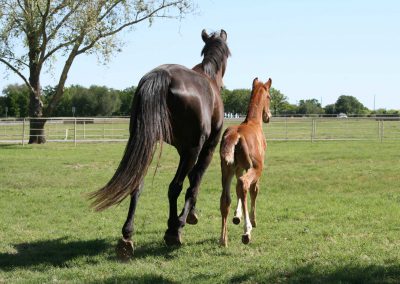 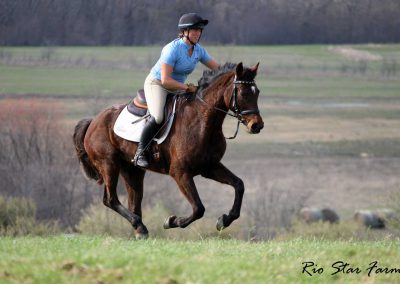 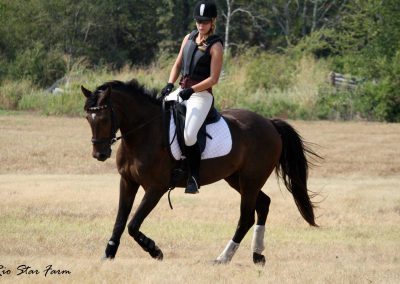 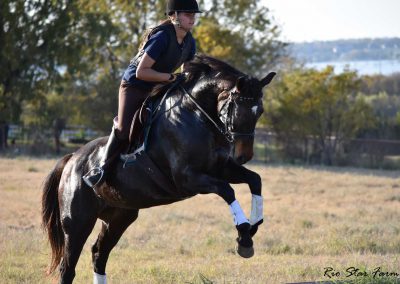 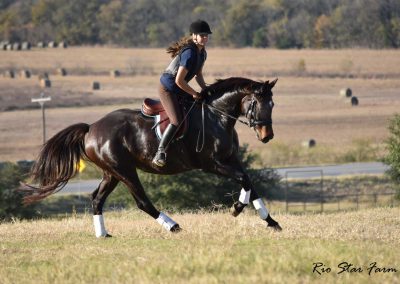 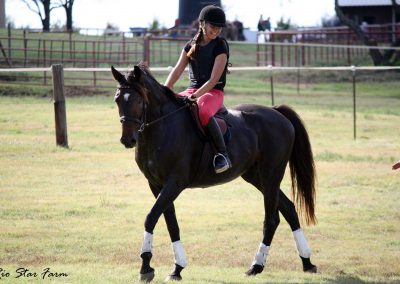 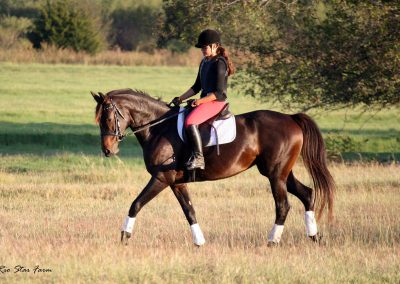 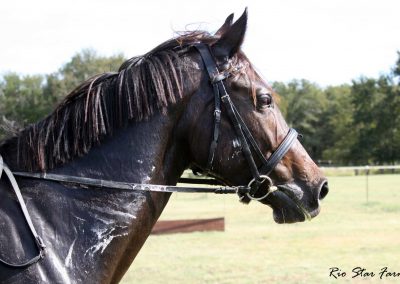 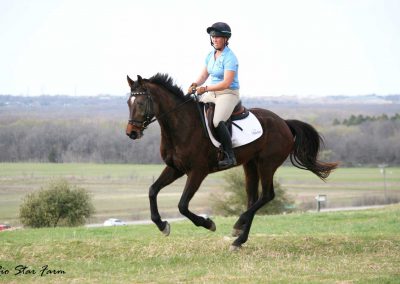 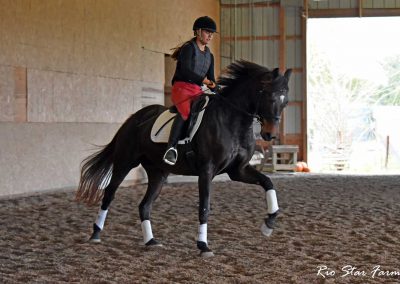 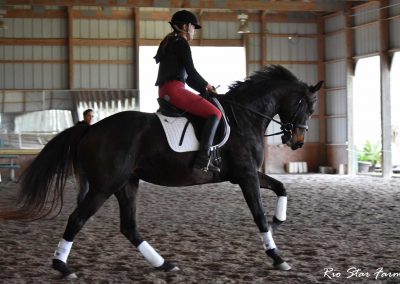 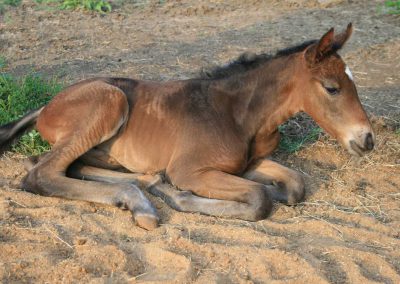 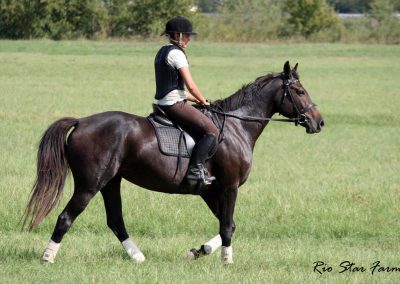